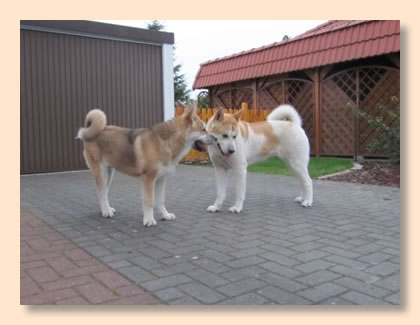 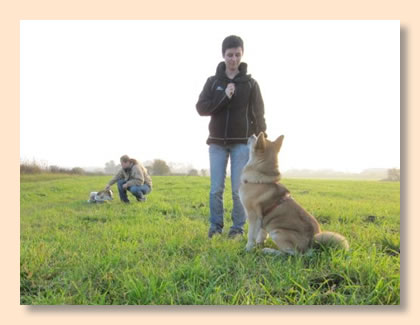 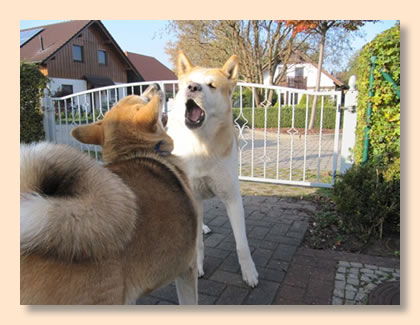 Hello to Ohorn,
We want to send to you once again new pictures of our two Akitas. Kodi is mad about food. He eats everything and having finished his meal he looks like if he must starve. Currently he weighs 29 kg! His paws are bigger than Hira's and she's not too small herself. 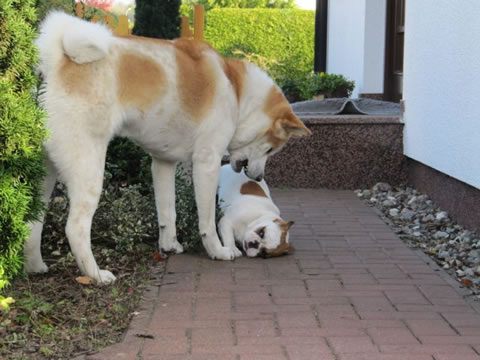 He is still a bit unsure with other dogs, he does not know yet what to do with them. If Hira is with him, he is the greatest anyway. She always protected him. We therefore go for a walk with them separately. However, he fits perfectly with Hira and she is always happy when Kodi comes back from his walk. 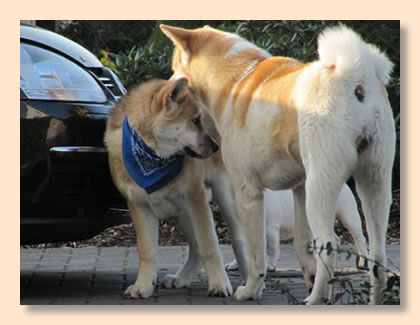 In the dog school, he is doing very well. We are showing him that the other dogs can be very loving. He's just young and very cuddly. And a very dear one. 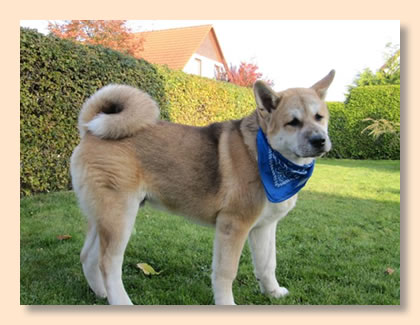 From Hira he can really learn a lot. For example that you have to stop at roads, that you must not leave the yard, when a car drives up. And that you can quickly run to the trunk when your owner arrives, because mostly he has brought something delicious. 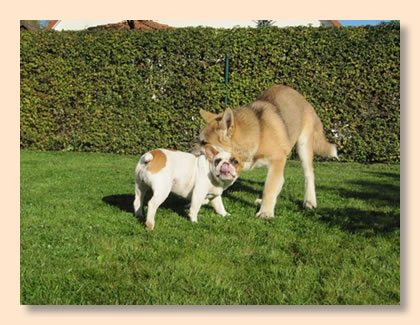 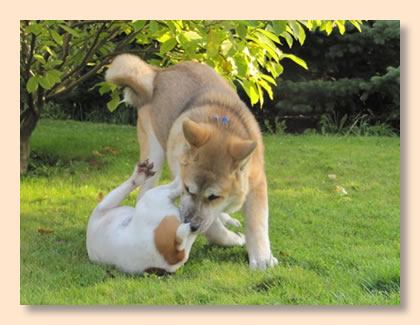 Kodi and Maggy get along with each other, they cuddle and play a lot together. And they can argue very well. 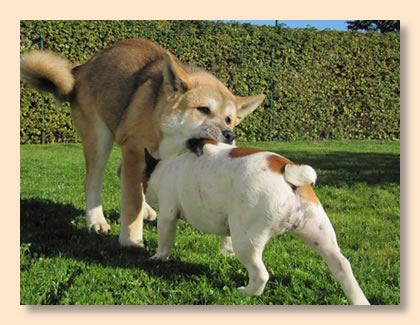 Hira is hot at the moment but Kodi is not too interested. Anyway, he can sleep very well.
Kind regards, Susanne and Jens 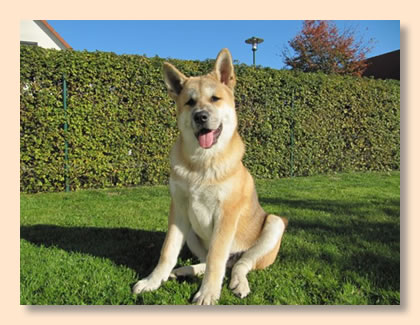 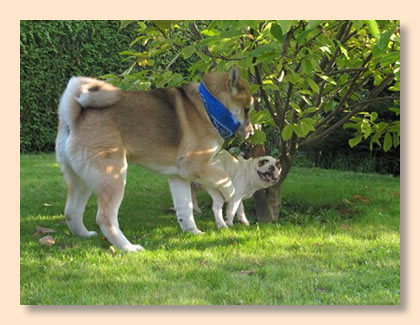 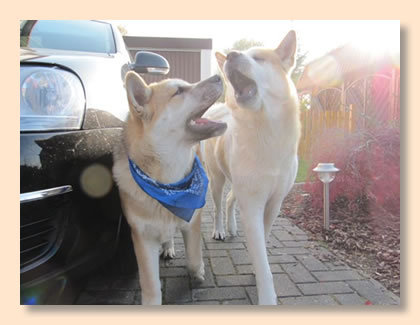 In addition, there are two small youTube videos. One with Kodi and Hira on a walk and the second, rather short video shows Kodi after having called back.. Here he was probably just too fast 🙂