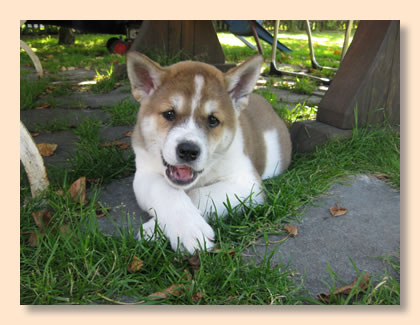 Kenzo was the first one of our K-puppies, which made his way to his new home. And he was also the farthest. With Sandra and Stefan he has found a loving home on Lake Constance. His big sister Goya, the two doggies Mogli and Hannah, Robin the cat and all the other four-legged friends are now among Kenzo's new pack. Take care of yourself, little Kenzo, we love you.

This nice series of pictures on pickup day was today: Kenzo is making friends with Goya. 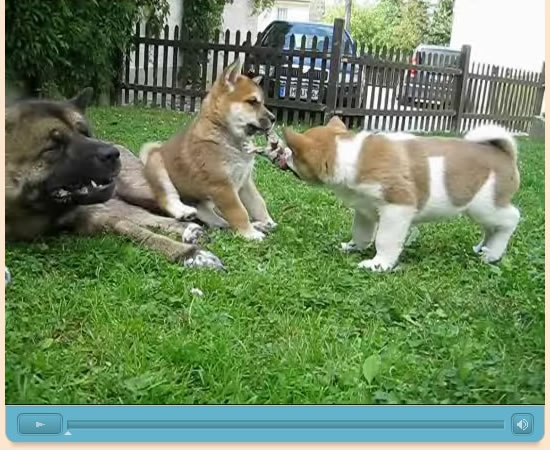 This nice video shows our two boys, Kenzo and Kodi, tussling over a toy. By the way, the rubber cock has not survived intact. 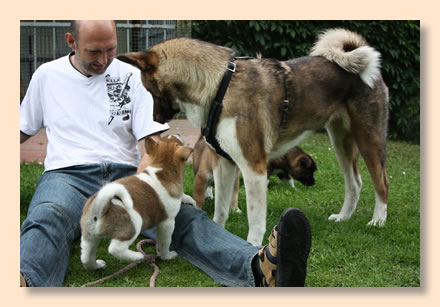 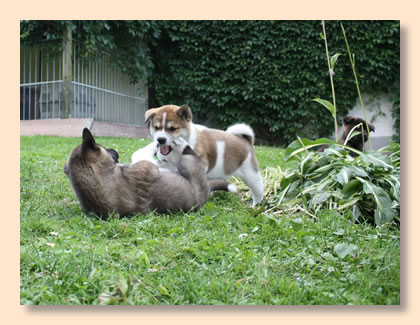 Every evening our little ones go into the puppy room to sleep. Kenzo has already made ​​it comfortably here. 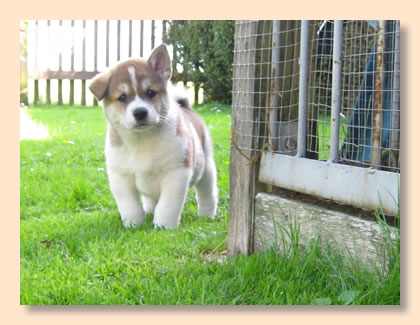 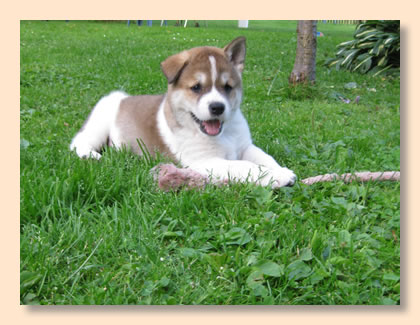 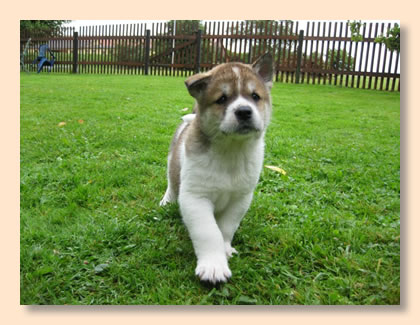 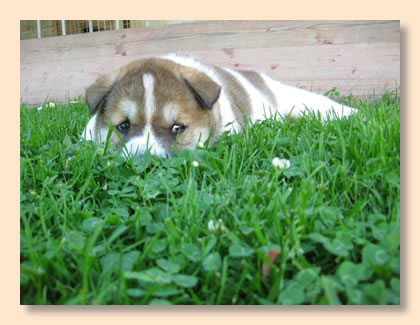